Gift No. 9 - Flash Light
Name the Fear. It's a light switch–Light on and Fear Off. 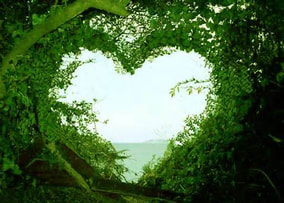 In finding my own balance between effort and ease (caring for her and caring for me) fearful obstacles were in my way. Caregiving seemed to block me, but after her passing, I wasn’t much better at taking care of myself.

Diva Daughter’s Inheritance
It’s not like I am a shrinking violet, unable to focus or execute but I was so much better at doing for others—not for me. My friends might say that I am fearless, self-confident, kind, creative, and (a real surprise to me) slightly intimidating. Few would guess that I am afraid—most of the time. My anxiety is well hidden and, until recently, unnamed. I osmosed my diva mother’s anxiety about the world and have added my own finely tuned “not enoughs” that swirl in the background of my life—like wasps. (Everyone has these personality pests…right?)

My mother seemed fearless. I thought I was the only one who was scared but how could I know what she felt? It isn’t as if we communicated for the first thirty years of my adult life—unless you count fighting as communication. It got better. I’d like to say we called a détente but it just happened. Either I was astute enough at being her that she recognized me (her) as acceptable, or I became successful enough in the world as a landscape architect that she could relax the mother tiger’s hyper-vigilance for fixing her offspring. She wanted to keep me safe and taught me what she knew. She did not intend to teach me fear and insecurity. What she knew was that the corporate world was rigged against people like her (and me). People in power should be looked upon with suspicion. She never actually said this to me. It was woven into the fabric of my pink baby blanket.

Her dementia and death have allowed me to see the story. Here it is—the story I believed without really noticing.

Betty valiantly did battle with the world—she was a mythic, exotic, green, dragon queen—capable and crafty. I was the mongrel dragon puppy composed of all soft pink underbelly who just wanted to paint and play in the beautiful weeds.

Since the world so poorly judged the amazing Betty, it would do worse with me.

It is part of our DNA to scan the horizon for danger; common sense avoids saber tooth tigers. Unfortunately, fear can look useful, seeming to energize us to overcome, but fear defeats us before we start. If my actions are motivated by fear, how successful or happy can I be? It taints all and worse, begats more.

I thought the fear was courage. I used it to do some of the ‘bravest’ things in my life. It was so much a part of me that I didn’t see. Betty in decline mirrored my own basic assumptions hidden underneath my actions. I realized that being “too soft” was not a failing, but the core strength of flexibility. I grew resilient and mysteriously managed to support Betty to the end of her days, well cared for. That has mattered more to me than anything else.

All in all, I was dealt a privileged hand. Betty got her hand; we all get one. Her decline and death has allowed me to see—some of my core code was malware. I feel the weight of that fear algorithm now that my mother has gone. She stored some of it for me, or I held it for her. At her death, I accessed it all for processing.

She gave me the best of what she had.  I have so many gifts from her for a good life. I kept what was useful but chose to let the microbes of fear die of exposure—in the light.


Flash Light
Every little kid knows what lurks in the dark, under the bed, and in nightmares when the light goes out. It happened to most all of us. When supporting someone you love who’s been lassoed by infirmity, the shadows can return quickly when peeking into the great unknowns at the end of life.

Fear is the dis-ease of caregiving. It could be my reptilian brain firing without any rational explanation. Being worried or hyper-vigilant is one of its many disguises. It’s an anxiety chameleon which looks like ‘reasonable’ planning but without an action, what’s the point?

Fear constricts you. Permeating and disfiguring everything, this fear without a name spoils the quality of moments and blocks me from seeing new possibilities for my life. Without a name, it is amorphous and persistent. It is many things, but each of them darkness. What is that but the lack of light?

Do this. Prove it to yourself by shining a flashlight into the night and watching the shadows run. See for yourself what happens when you do.

I have no higher goal than this: to be like a prairie firefly. Shine my own (generated) light into the darkness—I have the power (and the cape). All you need is enough light in the dark for the next step—the next right step.

Flash the light. Practice until you know it in your bones. Repeat, as necessary.